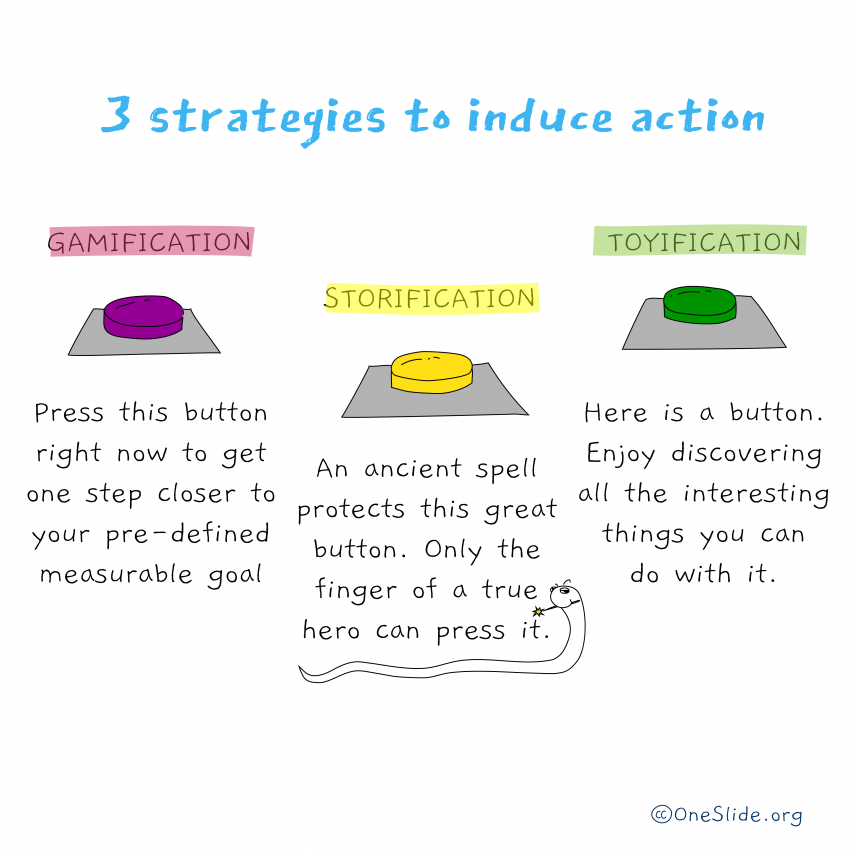 Don’t forget that there are at least two other equally powerful age-old strategies to induce action:

Long story short, when you are designing your next service, or campaign or a loyalty program, don’t always resort to “badges” and “points”.
There are lots of other ways to make things more interesting.