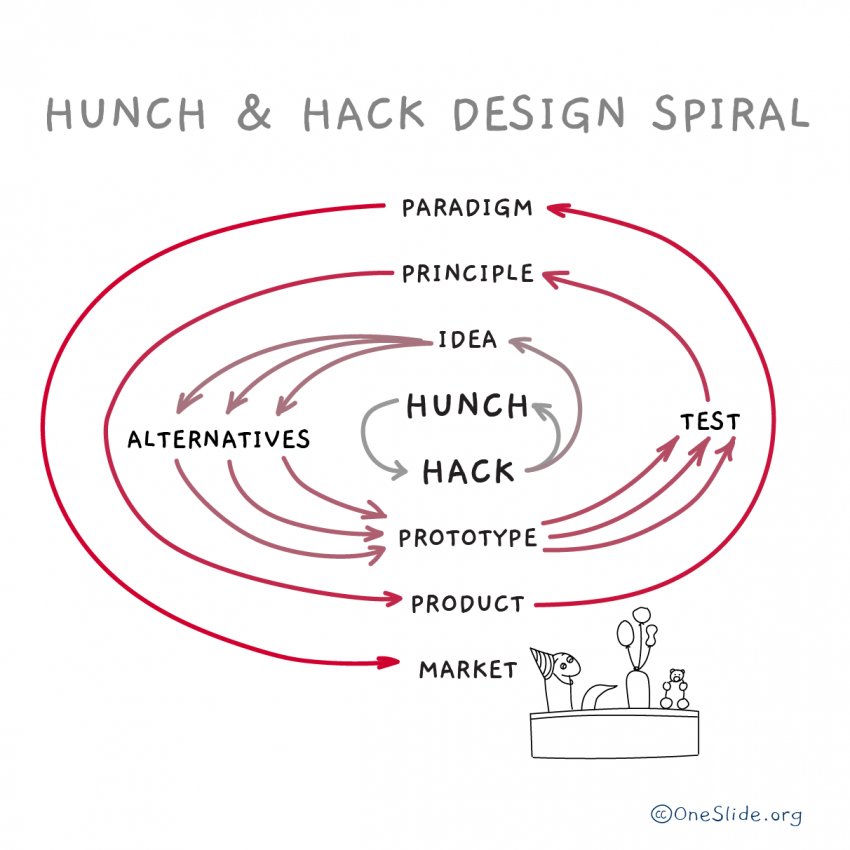 There is a danger in iteration if alternatives are not considered, if you are only working on one design at a time, comparisons are never drawn, criteria are never challenged. At the core of invention might be a hunch followed by a hack followed by another hunch (craft) but an idea or generalization is needed for generating alternatives, prototypes and tests (design). The end-goal is principles, which organize the value of a product which creates a market which creates a paradigm and we are back to a fixed orbit. Design is the “transfer orbit” that gets us out of a small orbit into a larger one.