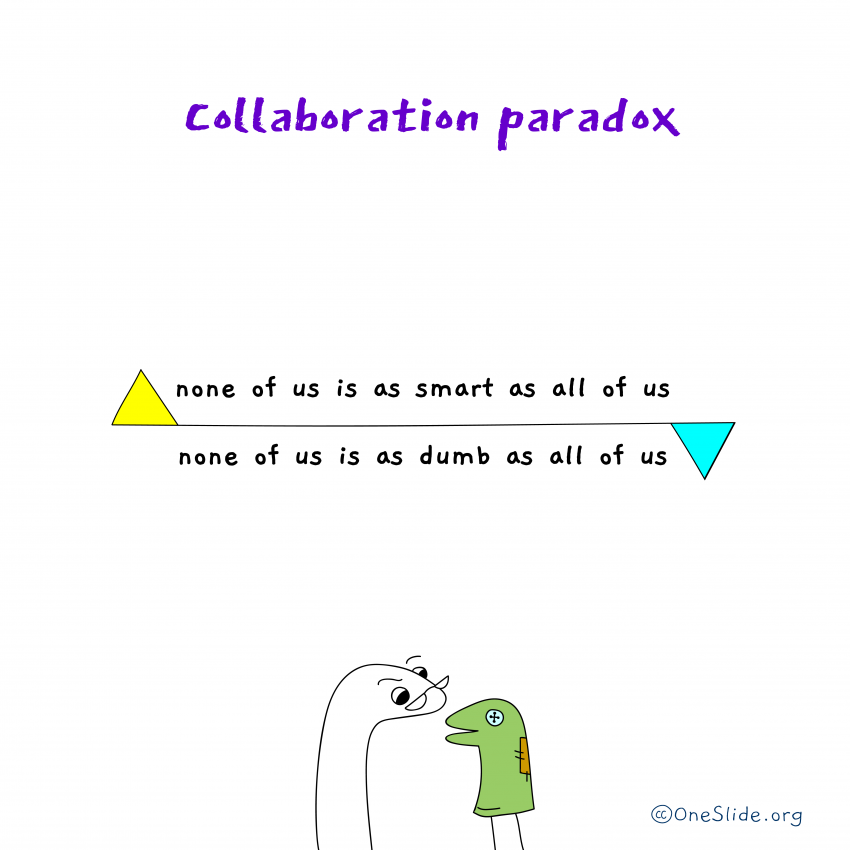 The pleasure and effectiveness of working together are immeasurable. 1+1 often equals way more than two. As Ray Kroc used to say, “None of us is as good as all of us”. Same can be said for “smart”, “kind” and so forth.

Unfortunately, the opposite is also true. When groups of people work together, the outcome is often not better, but worse than what any individual member of a group would be capable of doing. From dumb useless half-measures brought about by compromises to evil beyond-human crimes that only groups of people with a distributed sense of responsibility are capable of – groups can be not only better than individuals but also much worse than individuals.

Here comes one of the most important questions we have to face almost daily: what are the tasks suitable more for teams vs. individuals? How should teamwork be organized to maximize positive synergies, not negative ones? How can we, humans, be and act better together, not worse?