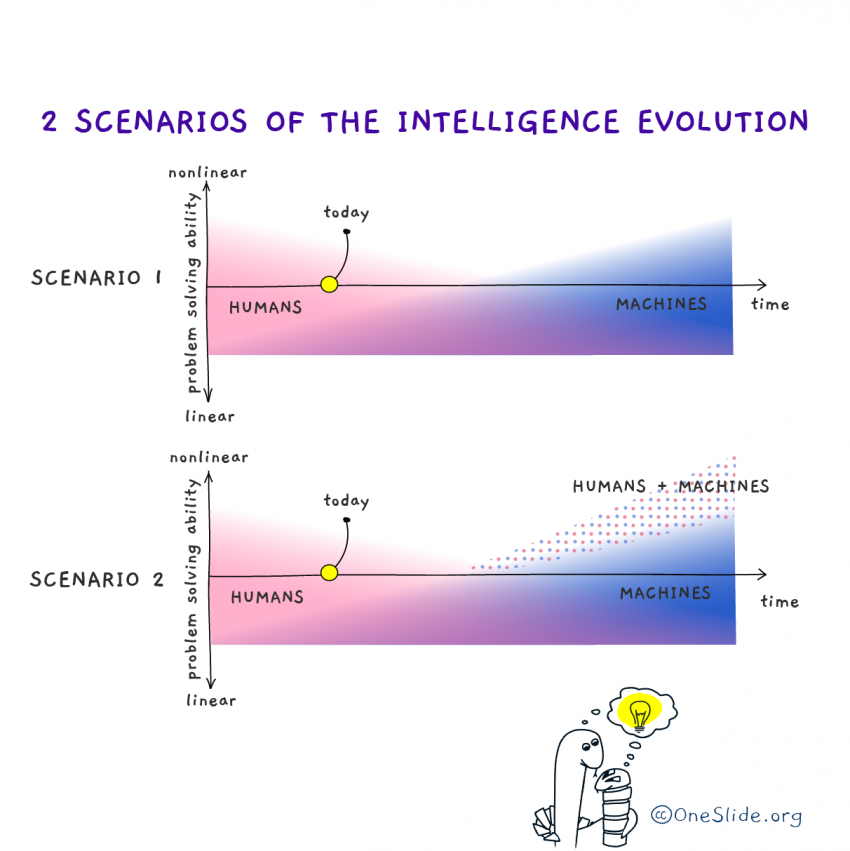 Will AI take your job in the next 20 years?

Some may say yes, while others say no.

But don’t you think it’s a misleading question because it presents a false dilemma, and the answer is going to be more subtle and somewhere in between?

No matter what your job is, there are most likely some parts of it that AI can do – and hopefully will do if it comes to the most boring and demotivating stuff. But the part that is harder to define and harder to offload has something to do with creativity. Not the sudden uncontrollable bursts of poetry that start flowing through you on a Saturday night after a few drinks. But the ability to solve complex problems that you don’t have an algorithm for solving.

In other words, we are talking about nonlinear problem-solving. This word “nonlinear” opposes problems that can be solved in a linear way to some other problems. One key feature of linear problem-solving is that it can be turned into a clear process and then that progresses can be clearly measured: how far are you from the solution is most of the team clear because there is a not so clouded line between where you are and where the solution is.

The history of problem-solving in the past 60 years, as almost anything, can be described in terms of the two big trends:

Games & joking aside, we have definitely been offloading a lot of our mental powers to computers. For example, memory: most of us used to remember 10-20 phone numbers easily, but who can remember more than 5 numbers today?

Same thing for wayfinding. One of the most possible scenarios is pretty clear now. Let’s call it Scenario 1.

So what we can do to make Scenario 2 different?

Our best bet to solving this is in the idea of Hybrid Creativity – in creating a joint creative process, where networks of machines act as “collective subconscious” and networks of humans act as “collective conscious”. Where the process feels like a fluid dialogue. Where people enjoy not only better output, but also experience more insightful moments along the way.