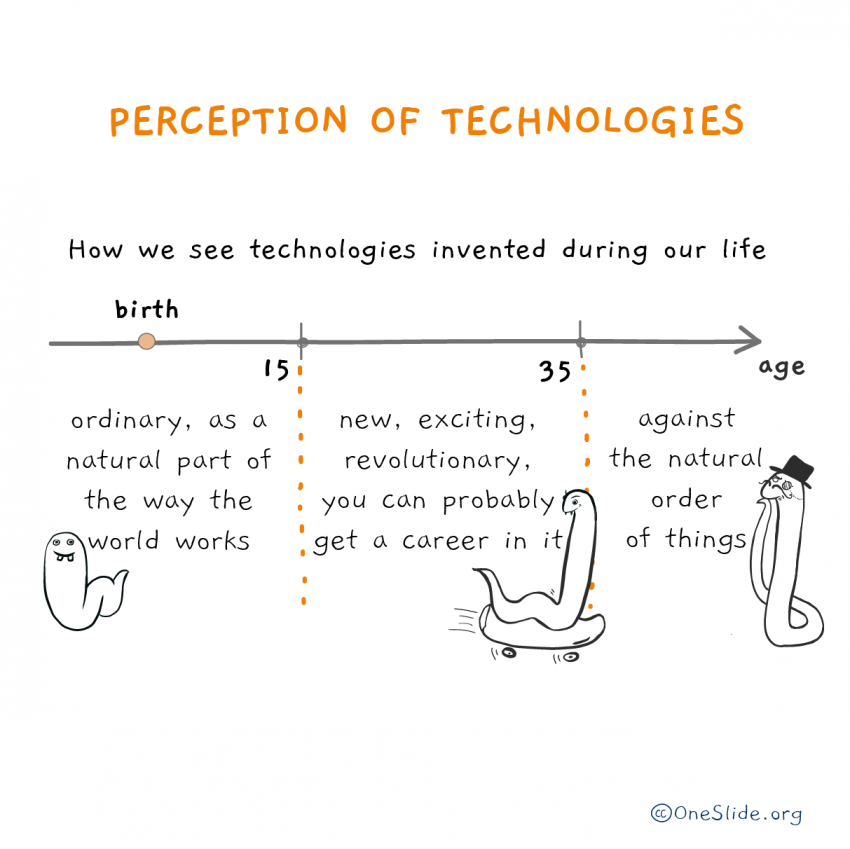 Douglas Adams came up “with a set of rules that describe our reactions to technologies”, as he wrote in his book The Salmon of Doubt. Here they are:

1. Anything that is in the world when you’re born is normal and ordinary and is just a natural part of the way the world works.

2. Anything that’s invented between when you’re fifteen and thirty-five is new and exciting and revolutionary and you can probably get a career in it.

3. Anything invented after you’re thirty-five is against the natural order of things.