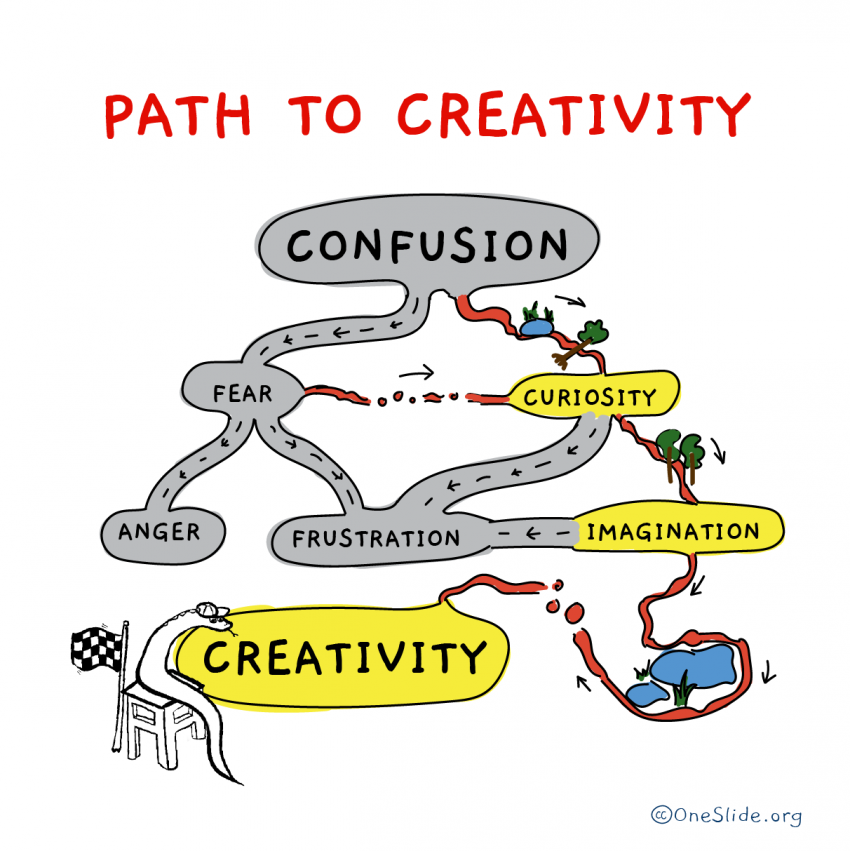 Temple Grandin once said that cows had two major emotions going on: curiosity and fear. So they are kind of “curiously afraid” most of the time.

We think that is true about humans as well. And it’s interesting to trace the path from confusion, which is, we believe, at the heart of both fear and curiosity, to creativity, which, we think, is the ultimate human solution to the fact the world is too complex to grasp.

As you can see from the map, it’s much easier to end up in anger or frustration, than to follow the windy unbeaten track from confusion to creativity all the way through.

The moments of truth are about:

But we do think that confusion is at the heart of everything.